Domaine de Cournou is composed of a former farmhouse with its outbuildings, along with gîtes and equestrian infrastructure.
The farmhouse is a long building. Its central part is very old; the stones came from the ruins of the medieval Cause de Clérans castle. The magnificent structure is topped by a cross of Saint Andrew. In the past, the farmhouse was part of a collection of farms spread across the area, and it functioned as a stable for the animals. The southern part has been renovated and is occupied. The northern part is currently being renovated. Opposite of the farmhouse there is an old pigsty, which is also partly renovated.

The gîtes are situated at a distance from the farmhouse, in a recent building. They consist of a living room with a small, equipped kitchen, a shower room, a WC, and one, two or three bedrooms (with a mezzanine in one of them). Each one has a private garden with a patio and barbecue.

A swimming pool of 5 by 10 metres, complying with all safety standards, offers swimming for the entire family in the peace and tranquillity of the woods. 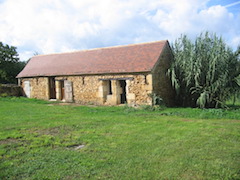 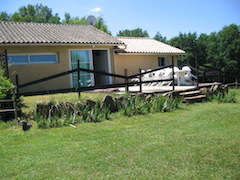 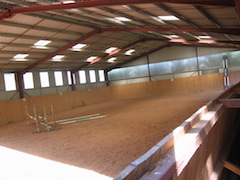 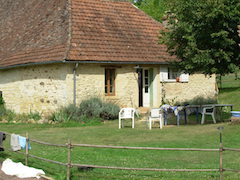 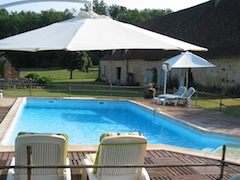 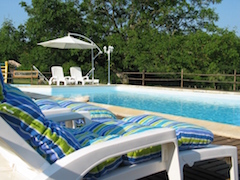 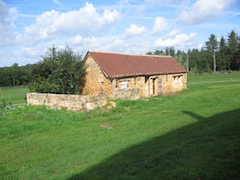 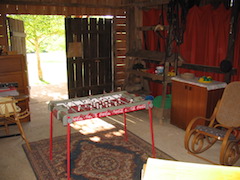 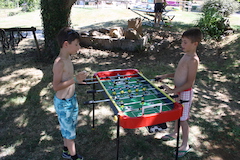 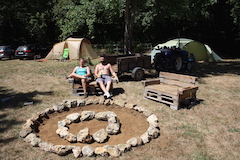 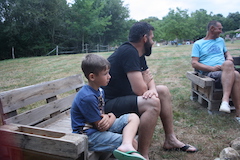 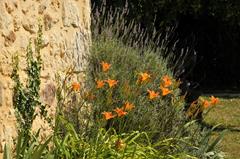 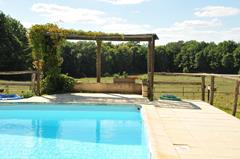 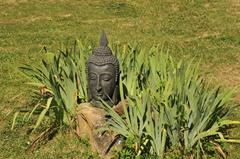 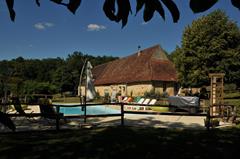 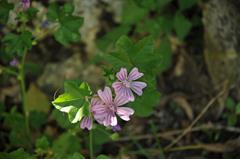 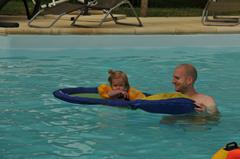 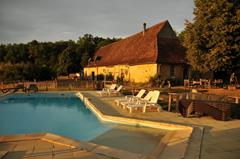 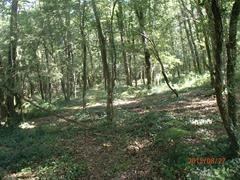 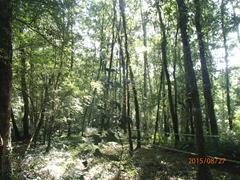 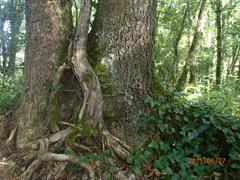 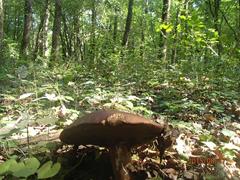 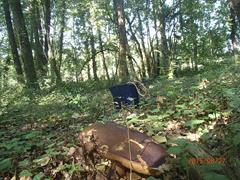 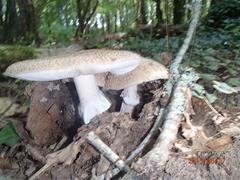 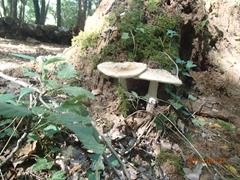 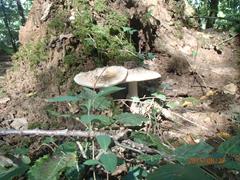 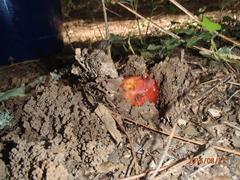 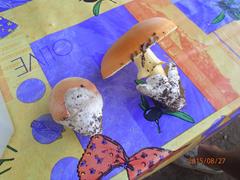 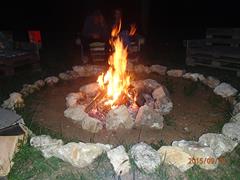